Salt of the Earth

Salt.  The gift of Salt.  Salt over your shoulder. A pinch of Salt. A grain of Salt. Below the Salt. Salt of the earth, Eat someone’s salt, Salt something away…;

Salt has stood the test of time. Its historical significance in the development of human civilization and initial pursuit of salthas come full circle. There are so many different choices in salt today that it can be downright confusing.  But without a doubt, natural salt has reentered the limelight and may be as important today as it had been in ancient times. History- Salt deposits (salt licks) attracted animals that in time were pursued by early settlers. The area nearby salt licks became settlements that grew into cities and even nations as man expanded animal trodden trails into foot trails that eventually became roads that crossed borders and even continents.

Salt licks, excavated mines, deep veins, wind blown, equator-hot, sunbaked, hand-raked, clay baked, covered and evaporated; these salts all result in rich resource.  Salt production was one of the first industries in the history of the world and sought after salt with its natural mineral nutrients became very valuable and available only to the wealthiest. Salt was used as payment. Salt was traded across expanding trade routes throughout Europe, Asia, Africa and the Middle East.

There are lots of intriguing stories related to salt. I’m most interested in pursuing opportunities for human connections and communication in everything I do; the message of one person to another making the language of salt worth exploring.  Salt is many times used as a metaphor for value: hardworking people are known to be “worth their salt”, and those most worthy are known as “the salt of the earth”.  The etymology- latin root ‘sal’ refers to salt and words that look to be rooted in humanity’s high value for salt include “salubrious”, which means “health-giving”, and “salary”, which is derived from the Latin salarium, the money allotted to Roman soldiers for purchases of salt. Sal is said to be the same as sol or the sun meaning natural sal will always remain central to our survival and valued by people. 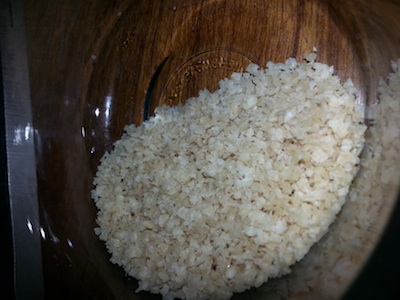 I love to cook and I make cooking with all kinds of flavors from around the world something I spend ‘my down time’ doing. The addition of a sea salt or Kosher salt to flavor a dish during cooking and preparation prevents under seasoning. Course sea salt or herb-salt mixes brighten any meal I put on the table. At table (after cooking) salts including Fleur de sel, Sicilian, Hawaiian grey flakes, Himalayan pink, maple infused salt crystals to name a few can complete the dining experience. I keep salt on hand in several different varieties, origins and combinations and it becomes part of the fun of spending mealtime with family and friends (old and new). If you want to try one of my favorites, write me. I’m happy to share the gift of salt.

You are the ‘salt of the earth’ implying you are valuable, worthy, admired, blessed by God. Given with the message “That life may always have flavor”, may represent added luxury or flavor to life.  I like that and I wish all my many friends a wonderful life. I give a friend the gift of salt to show my appreciation for them, to recognize their worthiness, and demonstrate my admiration for them with my sincere wish that they enjoy everything they deserve in life and extract all that life has to offer.  namaste

Search For Your Dream Home Below!

Read What Our Clients Say...

Thank you so much. More than that, we could not have imagined selling the house would be so much work after 40 years nor could we have dreamt the process would go so smoothly with you on our side. It’s been a long journey (and a long winter) but you’re a very special person and that comes through with your work. You have a plan from early on and every step of the way so that we felt looked after and got the results we wanted; even better!  Everything you did was with our interests and goals in mind and you know who to call whether it’s photographs, mopping the floors, or outstanding promotional pieces.